skip to main | skip to sidebar

A Letter To Our Donor...

To The Parents of Our Donor,

With all my heart, the first and most important thing I can say to you is Thank You.

All I know about you is that on January 16th, 2001 you gave your child's cord blood completely unselfishly to the National Cord Blood Bank. On May 18th, 2007 my daughter was given that blood for her stem cell transplant. That 20 minute infusion saved her life. Nearly a year later, she is doing amazingly. In so many ways, she is doing much better than doctors ever expected.

When my fourteen month old was diagnosed with a terminal illness called Hurler's Syndrome on December 27, 2006, I thought my world had ended. I had known that something was wrong for months, but it took so long to get to a doctor who had the experience to diagnose her... and now I was being told that her time with us would not last.

Just a few days later I found out that there was a cutting edge treatment for the syndrome available at only a few hospitals in the country...a bone marrow transplant. I knew we had no choice, and again I had some hope. A few weeks into the process of getting Lauren ready for transplant, we got a call. The National Marrow Donor Program Registry had found two 6 of 6 matches among the cord blood stored in the stem cell bank. Both were tested and the one chosen was yours.

The transplant was a tough five months for my family as I had to send Lauren's three older siblings to live with their father and move six hours away to Minneapolis, MN. The kids were 3, 5, and 9 and the only thing harder than leaving them was knowing that I might not get to bring their sister back to them. Thankfully, we were all five reunited in September.

God carried us through that time apart though and even found me a nice church home in Minneapolis during our stay. He provided shelter and food through the Ronald McDonald House. He provided expert care through the University of Minnesota Children's Hospital-Fairview. God gave us good friends, generous neighbors, and a wonderful church family to help prepare our home for our return.

But most importantly, God gave us this gift of life through you and I will never be able to thank you enough. I only wish you could read this letter. You may never know the impact of your decision, but I will tell the world.

All My Love, Prayers, and Gratitude, 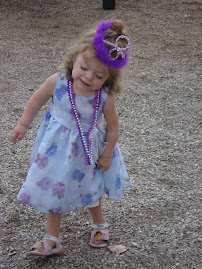